Two of my early guitars from the mid 1960’s. Built by my father John Cole.

My father was not an active musician himself, but he always encouraged me in my passion for the steel guitar, and often drove me around to gigs before I was able to do so myself. He also built me a couple of instruments that I still play and value today.

The first was an Antoria guitar, that he had kicking around during my childhood. I had acquired some Dobro parts from the USA, and came up with the idea of converting his old Antoria into a Resonator instrument. 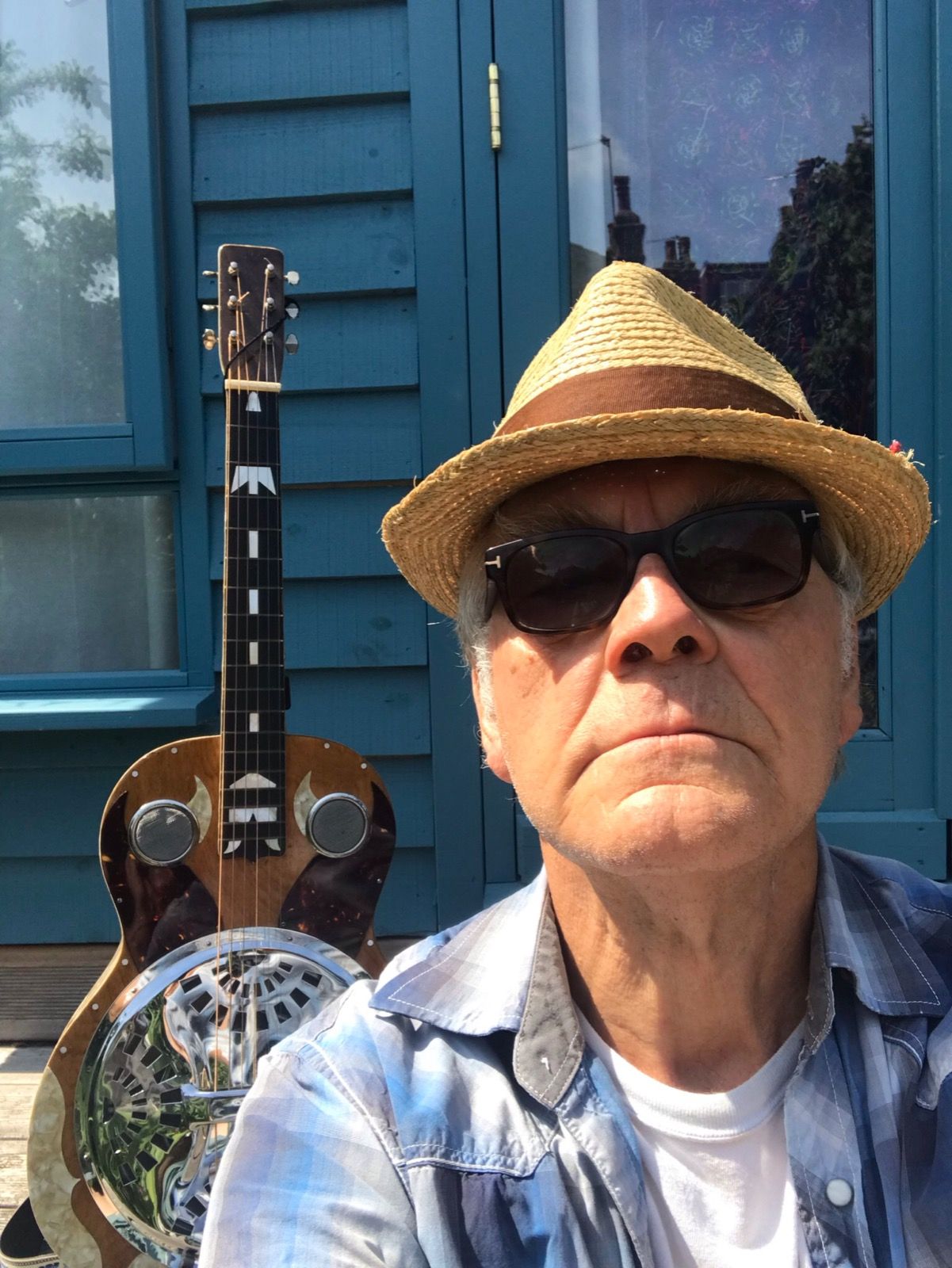 You will see from the picture that my imagination was pretty exotic back then, and had a unique feature of an arrow design up the neck in mother of pearl. I designed the guitar and he did the conversion. 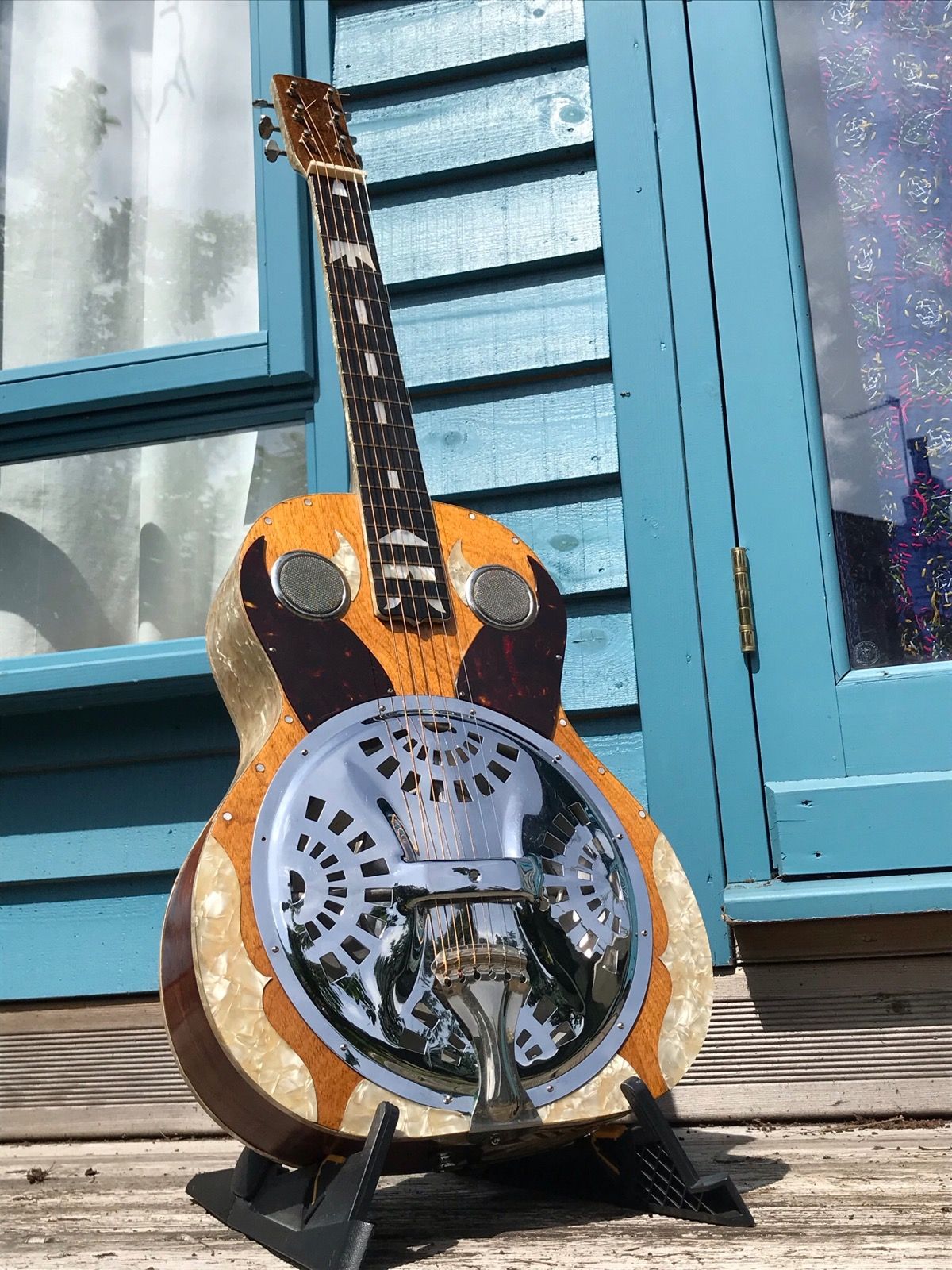 He did such a great job of it that I have been playing and recording with this instrument right up to the present day.

The second instrument my Dad built for me was an 8 string electric lap steel. 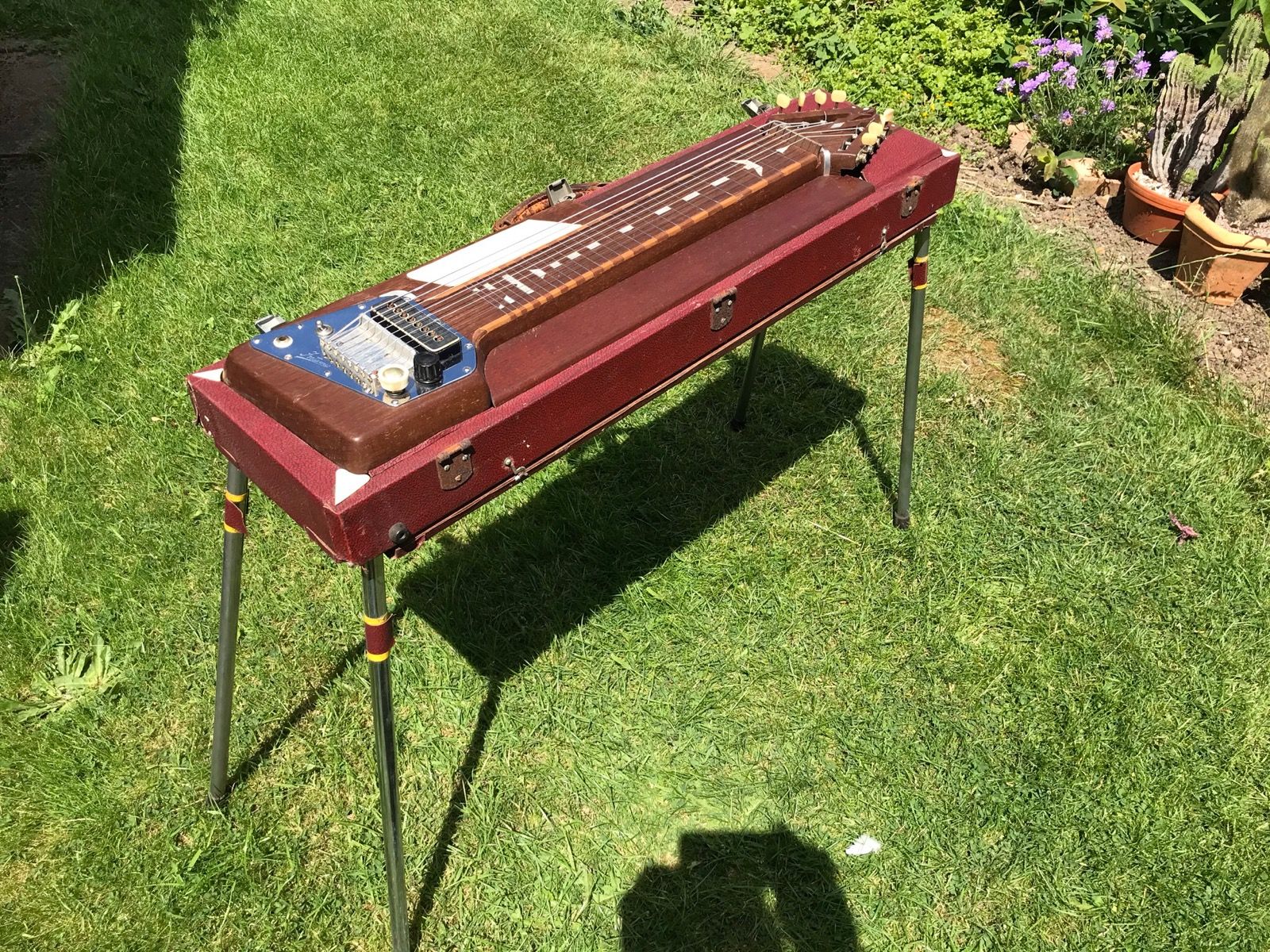 Once again, I did the design and it had features that made it unique.

As well as having that mother of pearl arrow that was starting to become a trademark of ours, the guitar could be removed from its stand and played across the lap.

The instrument had a great sound, and served me well for some years before I moved on to playing Pedal Steel full time.